Skip to content
My plans for Saturday changed suddenly when I needed to give my wife and daughter a ride to the University of Utah gymnastics meet that afternoon. My wife asked if I could do Olympus in that time. I doubted it, but figured I could do Grandeur, a peak at the junction of Wasatch Blvd and I-80 and much closer to the UofU campus.
It had snowed a lot in the few days previous. Salt Lake City was nearly shut down by the storm. I checked Strava and found that some groups had already been up Grandeur that morning, so what the heck, gonna try it.
I wanted to try my Stryd footpod outside on a steep slope with my Suunto 9 Baro. Pairing in the parking lot at the trailhead was pretty easy. I had had difficulty before pairing to a Suunto HRM strap but it seemed to work out okay today also. I used the orange clip, figuring if it fell out of the clip I’d be able to notice more quickly and perhaps rescue it in the deep loose snow.
The snow turned out to be much more loose, and the trail less defined, than I had anticipated, so my pace was about 40% slower than I had hoped. I checked my watch, in “Trail Running Power” mode and saw that the Stryd was sending info, which was comforting, as I wasn’t sure how slowly it would actually allow me to go and still track. The UA Hover shoes supposedly won’t work below 11:00 pace, which means they’re worthless to me. 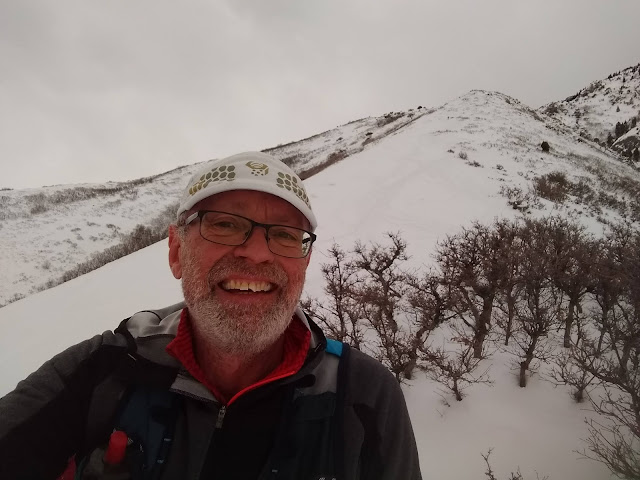 As I neared the summit the snow became quite deep in drifts, up to waist high wading, and the wind kicked up, and the snow started falling. I was a little worried that I wouldn’t be able to see the track back down, especially with the really flat lighting. I had to slip into my down jacket since I was dressed so lightly, thinking I’d be moving quicker. 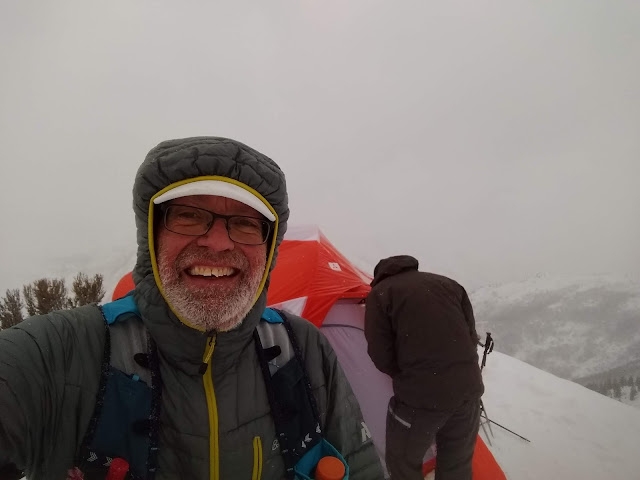 At the top it looked like there was a trail running event (RUFA) coming up the back side, with a tent to check in at. They asked me for my number and I told them I’d come up the front side. The way down was a lot more difficult. The snow was loose enough that I ended up skiing down on my heels much of the way, despite the Kahtoola Microspikes. I was really glad I’d brought my trekking poles. Even then, I fell once and slid a ways before stopping.
Finally at the car, I had to dig my Stryd footpod out of the encrusting ice and pop it in my pocket. I synced it with the Stryd App so that I could check it out later.
Verdict: Sure, use the Stryd footpod in the snow. The clip held it in even bashing through the snow on the descent and in spite of the snow crusted around it.
I arrived to pick my family up and take us all out to eat on the way home. Great fun day out for all.
Here are some stats synced from my Suunto 9 Baro to my Strava: 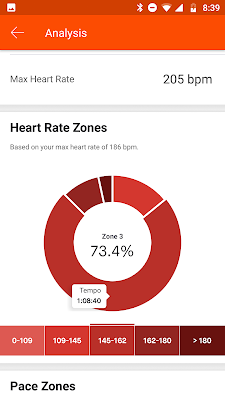 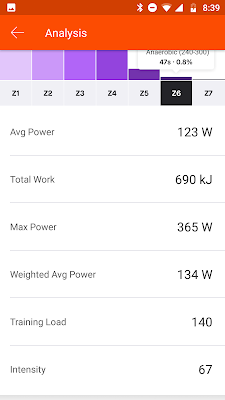 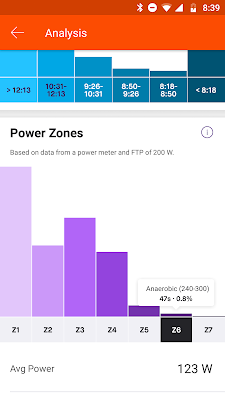 Stay tuned for a video demonstrating some of the tools and techniques discussed in this article.